However, due to the fact that the permittivity of present alternating current electroluminescent (ACEL) devices is too low a high operation voltage is required to reach practical brightness. For another thing, present ACEL devices can only realize the display of simple pattern owing to the restriction of device preparation technique. To address the problems mentioned above, Desheng Kong’s Research Group of College of Engineering and Applied Science synthesized a stretchable thermoplastic elastomer with high permittivity, and applied it to stretchable electroluminescent displays, successfully realizing high brightness under low operation voltage. The research group took a step further and developed a stretchable electroluminescent display which functions as a stopwatch. It realized epidermal display and greatly promotes the application of such devices. The manuscript titled as Stretchable High Permittivity Nanocomposites for Epidermal Alternating Current Electroluminescent Displays is published on ACS Materials Letters(ACS Mater. Lett. 2019, 1, 5, 511-518).

In terms of ACEL devices, high dielectric materials can effectively concentrate the excited electric filed near the phosphor microparticles and thereby enhance the light intensity. The research group added high dielectric BaTiO3 particles coated by PVP into polar thermoplastic fluoroelastomer matrix and they also added an elastic material with a high permittivity larger than 30 was obtained, the maximum strain of which was more than 200%. 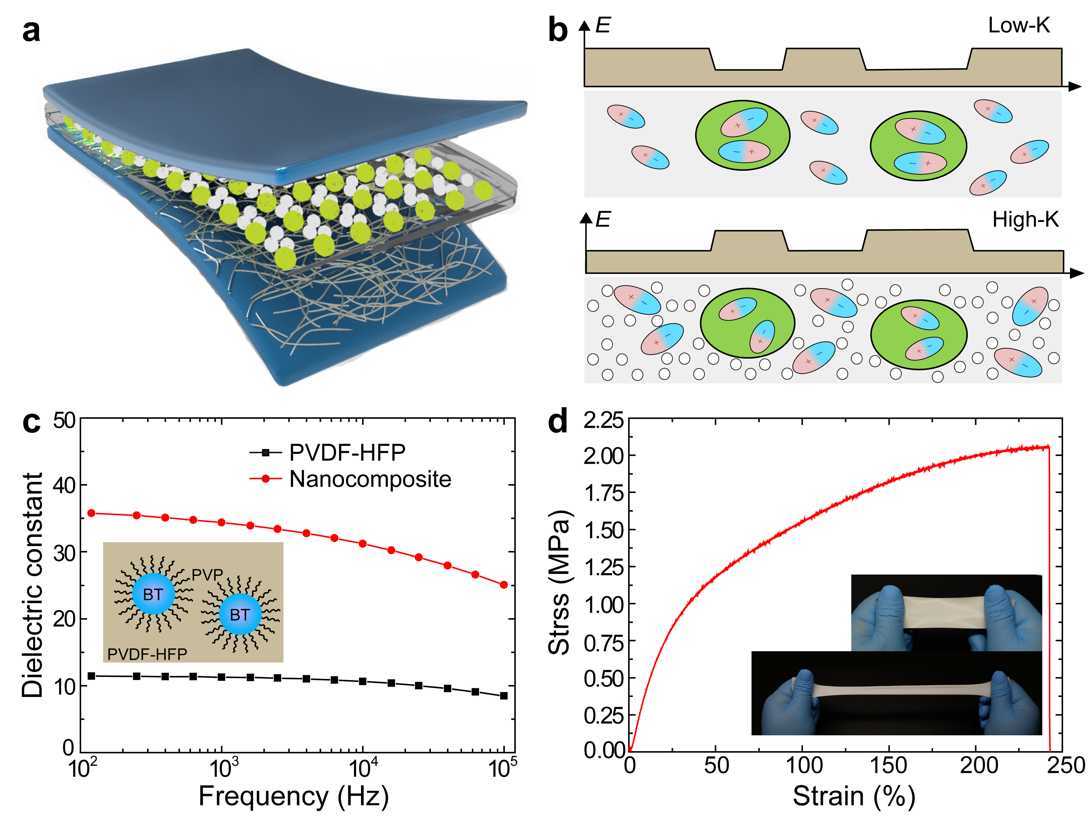 The research group mixed synthesized stretchable high dielectric material with ZnS: Cu powder as elastic electroluminescentlayer. At the meantime, they also improved the slurry dispersion process. The thickness of electroluminescentlayer was controlled around 10 μm. Eventually a electroluminescent device with high brightness working under low operation voltage was obtained. The brightness of electroluminescent device was more than 100 cd/m2 with an operation voltage of 35V, 17 kHz. The synthesized device was able to illuminate when bent, twisted, or stretched up to 100%. At the same time, the emission intensity maintains at ∼70% of the original value after 500 stretching cycles to 20% and 50% strain. 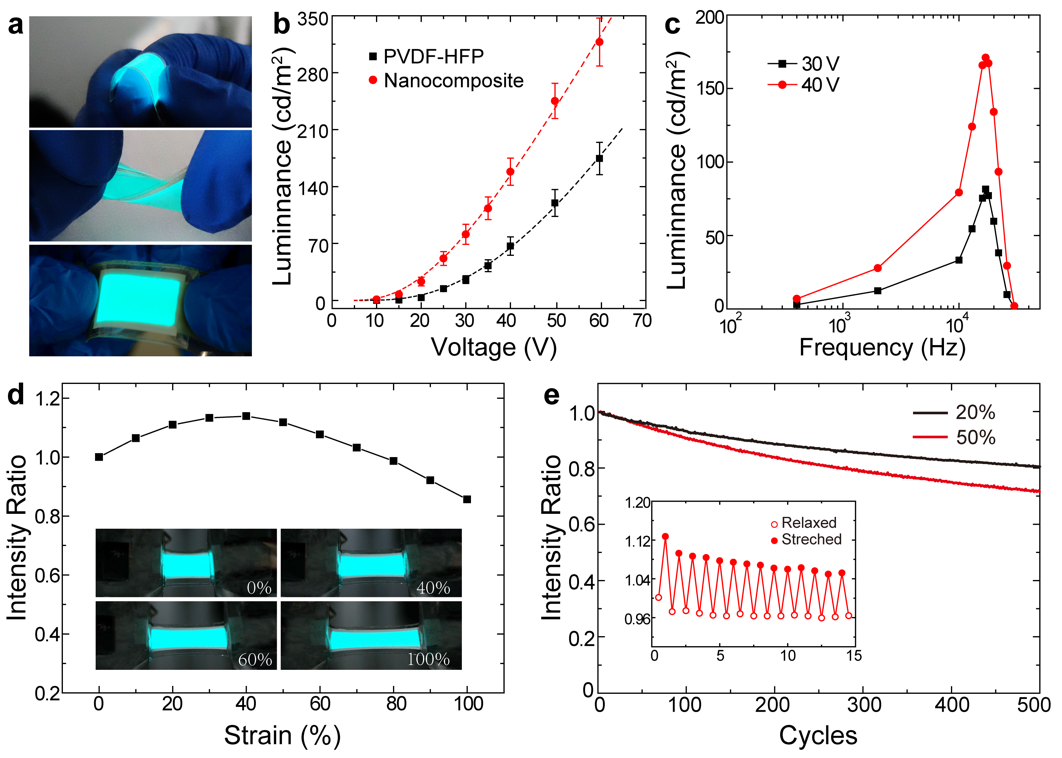 In order to acquire electroluminescent displays with elaborate patterns, the research group developed an Ag nanowire patterning technique based on screen-printing. First, Ag nanowires are sprayed onto the glass wafer and Ag nanowire network electrode with high electrical conductivity is achieved. Patterned elastomer is subsequently coated onto Ag nanowires by screen printing for protection. Then Ag nanowires at exposed regions are etched away by wet etching. Thus Ag electrodes with elaborate pattern is completed. Based on Ag electrode patterning technique and low-voltage driven elastic electroluminescent materials, the research group successfully prepared wearable devices which functions as a stopwatch. 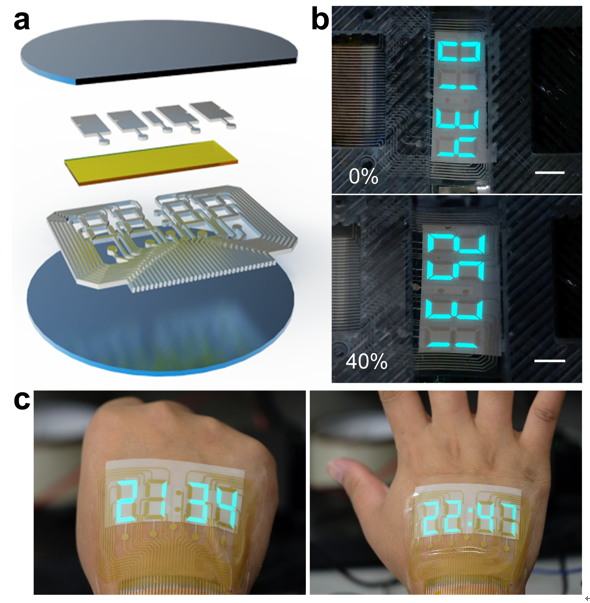 This work greatly lowers the driving voltage of stretchable ACEL devices and enhances the safety of wearing these devices, which opens the gate for its application. The work is specially reported by American Chemical Society as important scientific development through ACS Weekly PressPac. This research is funded by the National Key Research and Development Project, the National Natural Science Foundation of China, and the Fundamental Research Funds for the Central Universities.